Thank you to our sponsors...

History making and 2015 MotoE Championship podium finishers (3rd place) are returning to the roads for the 2016 season.

The long-established team plans to make a return to the legendary road circuits on the Isle of Man next season. After a fantastic 2015 season Darvill Racing are committed to a full season of pure road racing in 2016. Starting with the Pre-TT Classic down at the Billown Circuit in Castletown on board their Slick Performance Classic Kawasaki Z1R, they will then return to the 4.25m circuit for the International Southern 100 with their new Slick Performance SuperTwin. August will see them competing with these machines at the Classic TT and Manx Grand Prix. Interspaced with their endeavours on the ‘roads Darvill Racing will be competing at select short-circuit events across the UK.
Team Principal Alex Aitchison said “Its good to be able to commit to a programme of events before the festive season. This will give us valuable time to test and prepare for the season ahead. I am also very pleased to have been able to secure Chris (Fozzy) as our rider, this sees the third straight year or working together and our success in 2015 demonstrated how well we are working together as a Team”

Chris Foster said “After a ‘more successful than expected’ 2015 I’m staying with Darvill Racing for 2016 and we have some very exciting plans in the pipeline. We’ve renewed relationships with some of our partners and supporters from 2015 and very pleased to have some new ones,(which will be released by Darvill’s ‘media department’ very soon.) But most exciting of all for me is that I will be returning to the Mountain Circuit in 2016!

Read more here:
Chris Foster Back With Darvill Racing For 2016 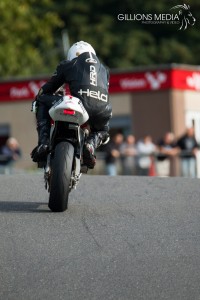